What is Integrated Circuit

What is Integrated Circuit

What is integrated circuit?

Answer: An integrated circuit (IC) is a circuit built on a single piece of semiconductor material, typically silicon, and containing a number of electronic components, such as transistors, diodes, resistors, capacitors, and inductors. The term is also used to refer to the physical device, the die, and the package that holds the die.

The name integrated circuit means that the circuit is “integrated” on one piece of semiconductor material, usually silicon. The circuit is made up of many tiny components called transistors, which are put together to make a complete circuit. The IC can also be made up of diodes, resistors, capacitors, inductors, and other components.

The term is also used to refer to the process of building the circuit, which is called integrated circuit fabrication. 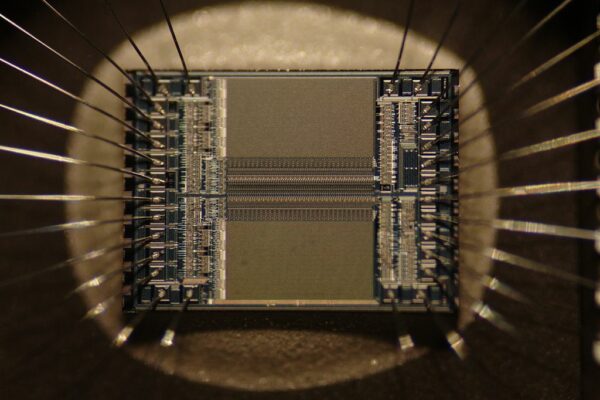 The term integrated circuit was coined in 1958 by Jack Kilby, who was awarded the Nobel Prize in Physics in 2000 for his work. The first integrated circuits were made of germanium, but silicon quickly became the material of choice.

ICs are used in a wide variety of devices, including computers, cell phones, and other electronic equipment.

Electronic devices, such as computers, televisions, and smartphones, have many parts. Each part performs a different function. For example, a television has a power supply, a monitor, a tuner, a video processor, a sound processor, and a circuit to send signals to the television antenna.  A computer has a power supply, a motherboard, a CPU, memory, hard disk drive, video card, sound card, and many other parts. In order to make the television or computer work, all these parts have to work together.

An integrated circuit is made from a silicon wafer. The wafer is made by slicing a large chunk of semiconductor grade silicon.

This site uses Akismet to reduce spam. Learn how your comment data is processed.